Today I had the pleasure of meeting some people employed by Rift Ltd.
Rift was established in 1999 to assist construction workers to claim their travel expenses back from HMRC, and they have grown steadily year on year to expand their services to other professions.

I was called in to carry out a TV aerial installation and to wall mount an LED television that they had purchased for the staff canteen. 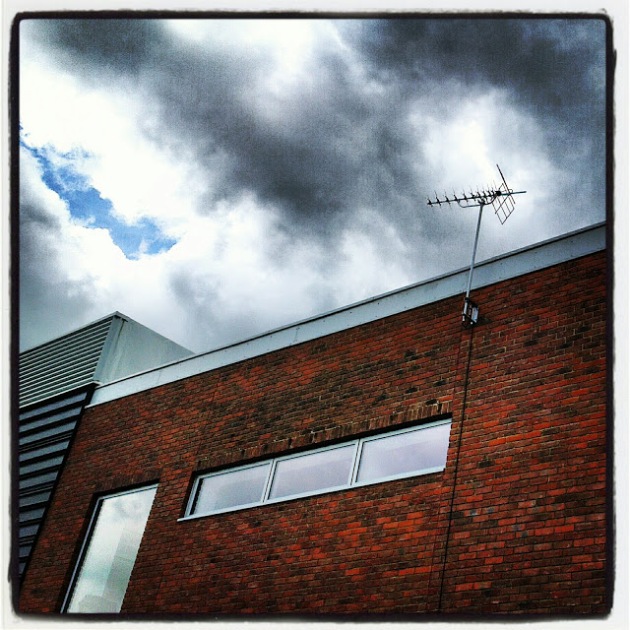 A customer in Chatham, Kent called sky in regard to getting his girlfriend’s box up and running after she moved in with him. He had no sky dish at the property which is a ground floor flat. Sky refused to install it as it was a non standard install.

He called me last week to see if I could help and it all sounded do-able on the phone, so I booked it in for today.

When I arrived, it did appear a bit more work than I expected but agreed to go ahead and install the new dish with a twin feed for the sky+ HD box.

After a couple of cups of tea and running about 25-30m of cabling, the box was up and running.